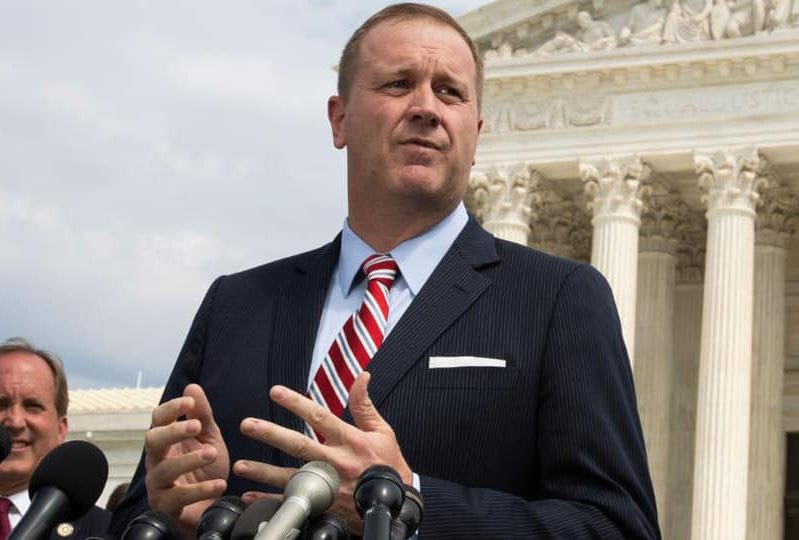 Twelve states’ attorneys general sent a letter to Unilever CEO Alan Jope on Monday urging him to rescind his company’s planned boycott of sales of Ben & Jerry’s products in the nation of Israel.

The joint missive — signed by Republican top legal officers in states mostly controlled by GOP legislatures — was coordinated by Missouri Attorney General Eric Schmitt (pictured above). The letter clearly defines the boycott as one of the entire Jewish state, and not just the “occupied territories,” as Ben & Jerry’s has characterized it. More than 30 U.S. states have anti-Boycott, Divestment and Sanctions laws that prohibit hostile economic measures against Israel by companies, or else they will face punitive actions by those states.

The letter also challenges Unilever’s claim that it is powerless to override the independent Ben & Jerry’s board’s decision-making when it comes to political decisions:

Unilever has embarked on an unfortunate and financially misguided path of testing our States’ resolve by refusing to stop Ben & Jerry’s from boycotting selected regions within the State of Israel. Instead, Unilever has attempted to sidestep responsibility for this action by claiming that a comparatively small subsidiary of your giant global conglomerate is actually calling the shots…

The attorneys general conclude with a promise to Unilever to uphold their respective states’ anti-BDS laws to defend against “economic warfare against our ally.”